In Heather Burt's two-act play, Olympians, a laundromat-café on the outskirts of an Olympic host city becomes the scene of opportunistic scheming, surreal climate changes, and tragic loss.

Below you'll find a brief synopsis and an excerpt. If you're interested in reading the full play script or discussing the possibility of workshopping or production, please get in touch: hburt(at)telus.net.

The Olympics are on — both Summer and Winter — and Will Laurence’s laundromat-café, located far from the hype of the Games, has been booked for an intimate gathering of Canadian Olympic Team members. Determined to move up in the business world, Will sees the gathering as an opportunity to connect with Olympic money. He’s also counting on the help of his customer April’s well-connected fiancé. April, however, has other things on her mind. Obsessed with protecting the romance of her wedding and the exclusivity of her relationship, she devises a plan to keep the visiting best man from invading her home. But the plan depends on the cooperation of her sister, Maeve, for whom relationships of all kinds have become more trouble than they’re worth. Committed to no one, Maeve has embarked on the exhausting project of doing only what she wants — and what she currently wants is to seduce Will.

Drifting in and out of the volatile negotiations between these three is Percy, a stuttering homeless man with a passion for athletics. Percy’s most urgent concern, now that his downtown shelter has been swept away in the Olympic clean-up of the city, is finding enough money to buy lunch at the 7-11. The project to which he devotes himself most zealously, however, is preserving the memory of Canadian Olympic athlete Percy Williams, a track star who ran for the pleasure of it and eventually, alone and debilitated, committed suicide.

While Percy never quite manages to drum up enthusiasm for his hero, or spare change for his lunch, Will, April, and Maeve briefly organize themselves to accomplish their goals. But their self-serving gestures of collaboration are doomed.
OLYMPIANS (excerpt)
CAST OF CHARACTERS
(in order of appearance)
WILL:             owner of the laundromat-café, late 20s
PERCY:          a homeless man, mid 40s
APRIL:           customer, late 20s
MAEVE:         customer, April’s older sister, early 30s
MAN &
WOMAN:      customers, police officers, Team Canada reps, reporter
20s or 30s (played by the same two actors)
The setting is a laundromat-café in an unnamed Canadian city. The laundry area, stage right, features washers and dryers in the background and, in the foreground, a long table on which customers do their sorting and folding. To the far right, either on another table or hanging from the ceiling, is a television. Throughout the performance the TV is on, playing coverage of the Winter Olympics. The sound is muted, unless otherwise indicated. Lighting on the laundry side is bright and white. The laundry area must be entered through the café. The café, stage left, features a service counter in the background. There is a glass case with baked goods and other snacks, an espresso machine, and a cash register. Either to the left or right of the service counter is a door leading to the customer washroom. In the foreground are three tables, each with a chair or two, and a magazine rack. To the far left is another television, playing coverage of the Summer Olympics. The sound is muted, unless otherwise indicated. The lighting is warmer and dimmer than on the laundry side. Customers enter the café through an imaginary door in front of the tables, a little off to the left. A narrow apron in front of the whole establishment serves as the sidewalk outdoors. A transparent screen, raised for much of the play, serves as the exterior wall of the establishment. The laundromat side of the wall has a window, the café side a door. At the base of the wall is a stoop, on which people sit.
The time is early twenty-first century. Half of the characters dress in winter attire, the other half in summer attire. The Olympics are on. 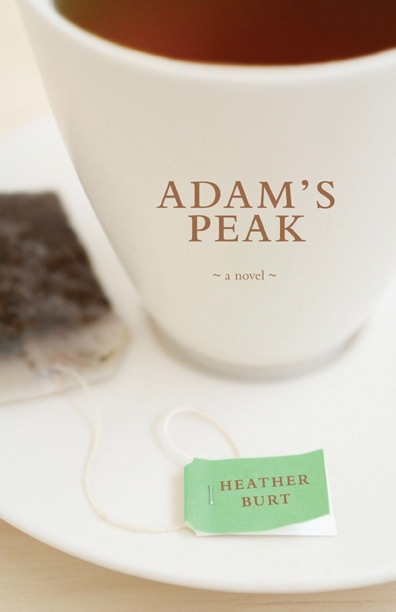 "Heather Burt fits naturally and beautifully into that group of writers who have given Canadian literature its reputation for creating compelling psychological landscapes peopled by wonderfully wise and complex characters."